Can political theory be used to design physical space? This thesis examines the issue by proposing new spaces for Eleonas in Athens. Eleonas is a space in-between. Historically, it was the great olive grove between Athens and Piraeus. In the 20th century, it was the un-urbanized zone in the middle of the Attic plain. Currently, it is a drosspace, in-between its former industrial past and its unknown future. This in-between area of approximately 800 Ha is a great opportunity for Athens, the place where a new urban reality can be created that will change the whole metropolis. How does one design a huge part of a city, in a culture lacking strategic capabilities, lacking social and spatial planning institutions? The only plausible solution in my opinion is opportunism. A spatial SWOT analysis initiates the exploration. The values of ecology, pollution, resistance to spatial change, and economic pressures are mapped. The differentiated space opens itself to opportunistic urbanism, pointing out the spaces most open to change, and generating the most social value thought change. Symbolically an entrance to the city of Athens, a nexus in the north of the area, on the crossing of Leof. Athinon and Agias Annis / Markoni st, is selected for a new operation. Two metropolitan-scale programs are added, a park which flies over the intersection, and the long-distance bus terminal. The former is to be the node for bottom-up urban development in the area, while the latter is to form a low-income counterpart to the brand new Athens International Airport. The former is a new agora, a meeting place framed in a collage of Athenian landscapes, the latter is a through-space connecting Athens to the country. 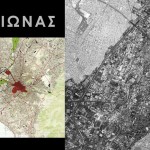 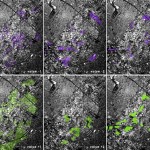 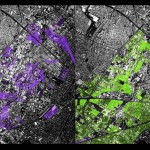 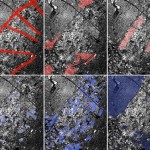 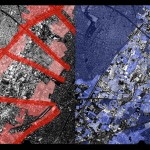 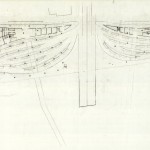 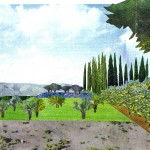