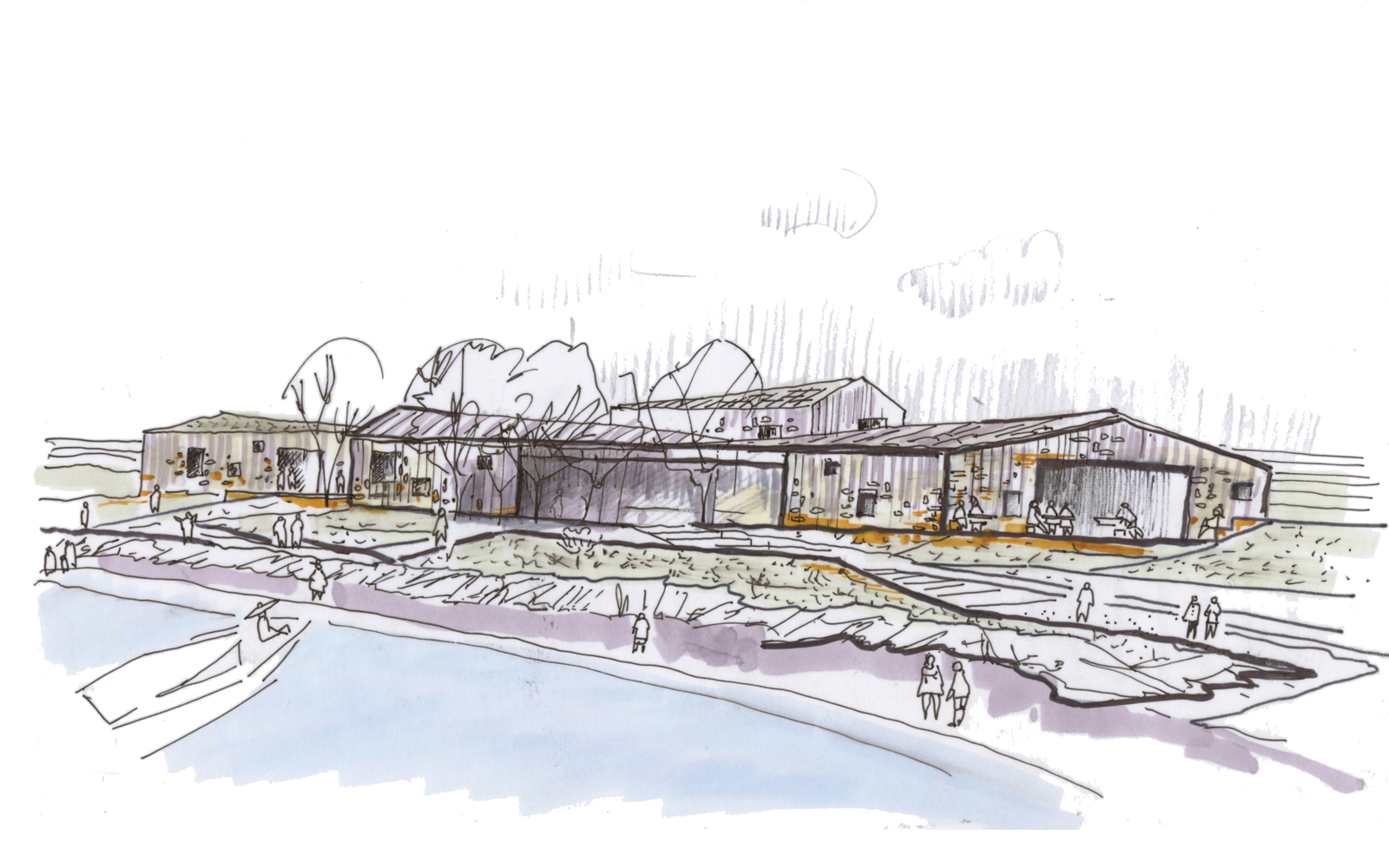 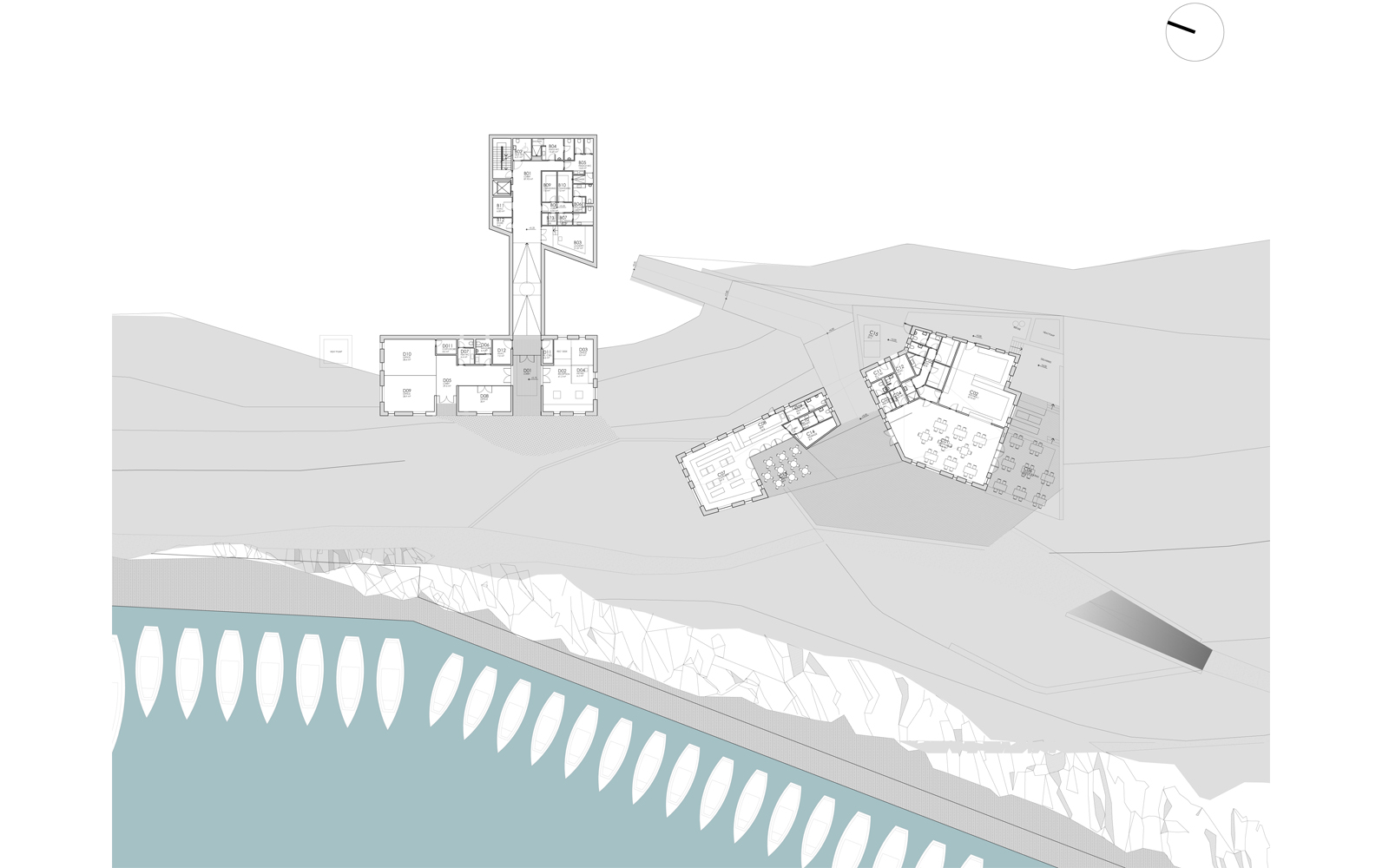 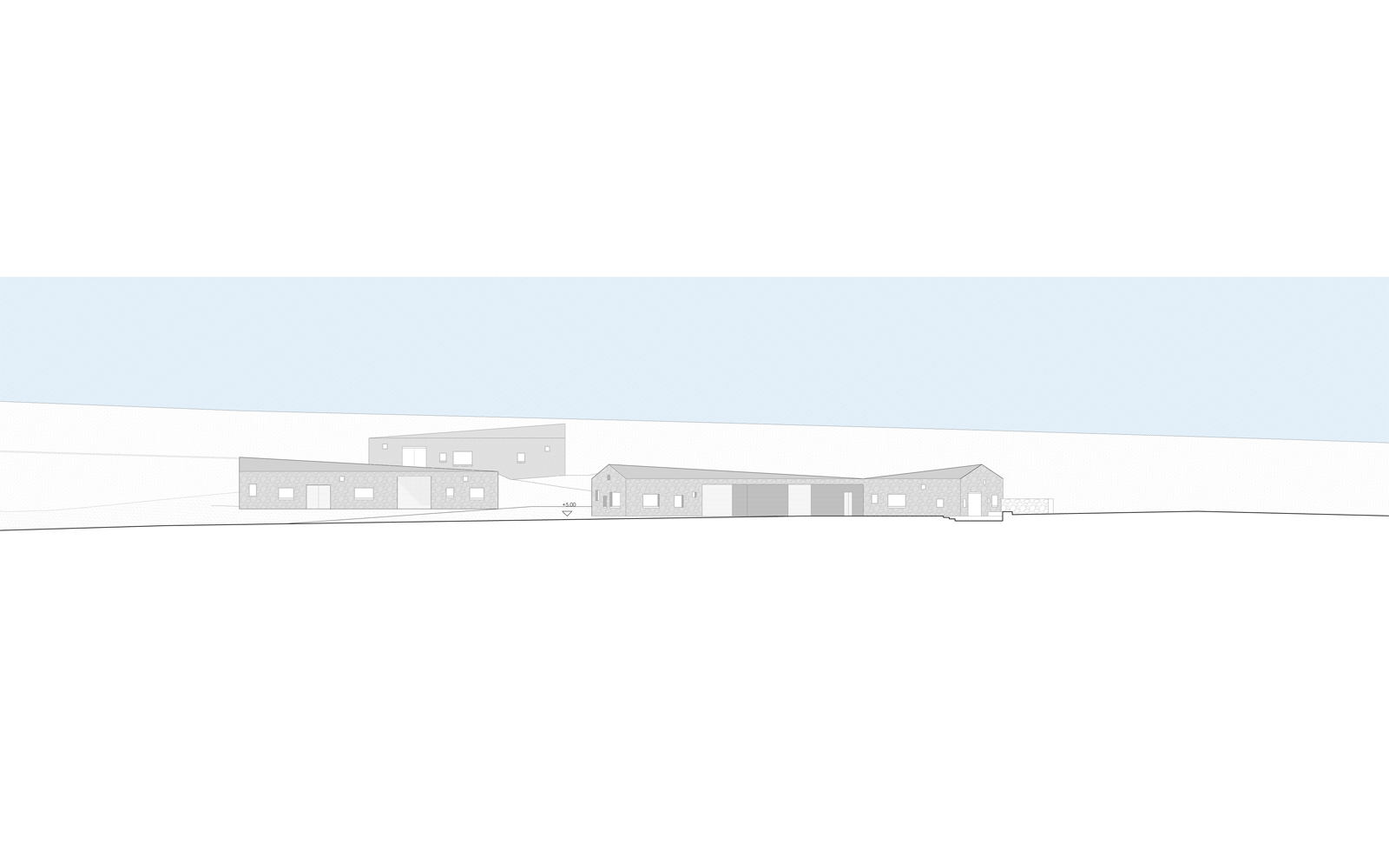 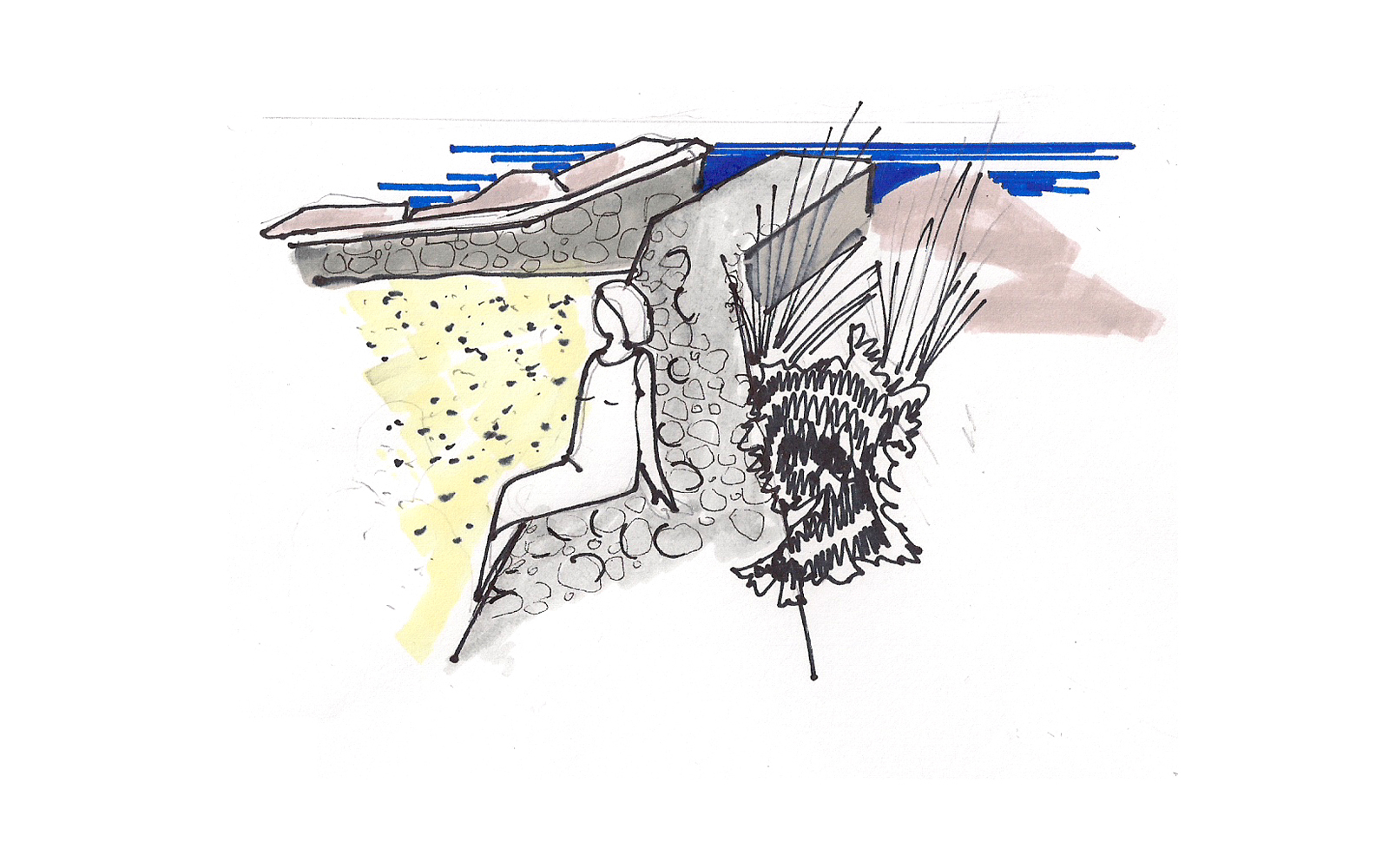 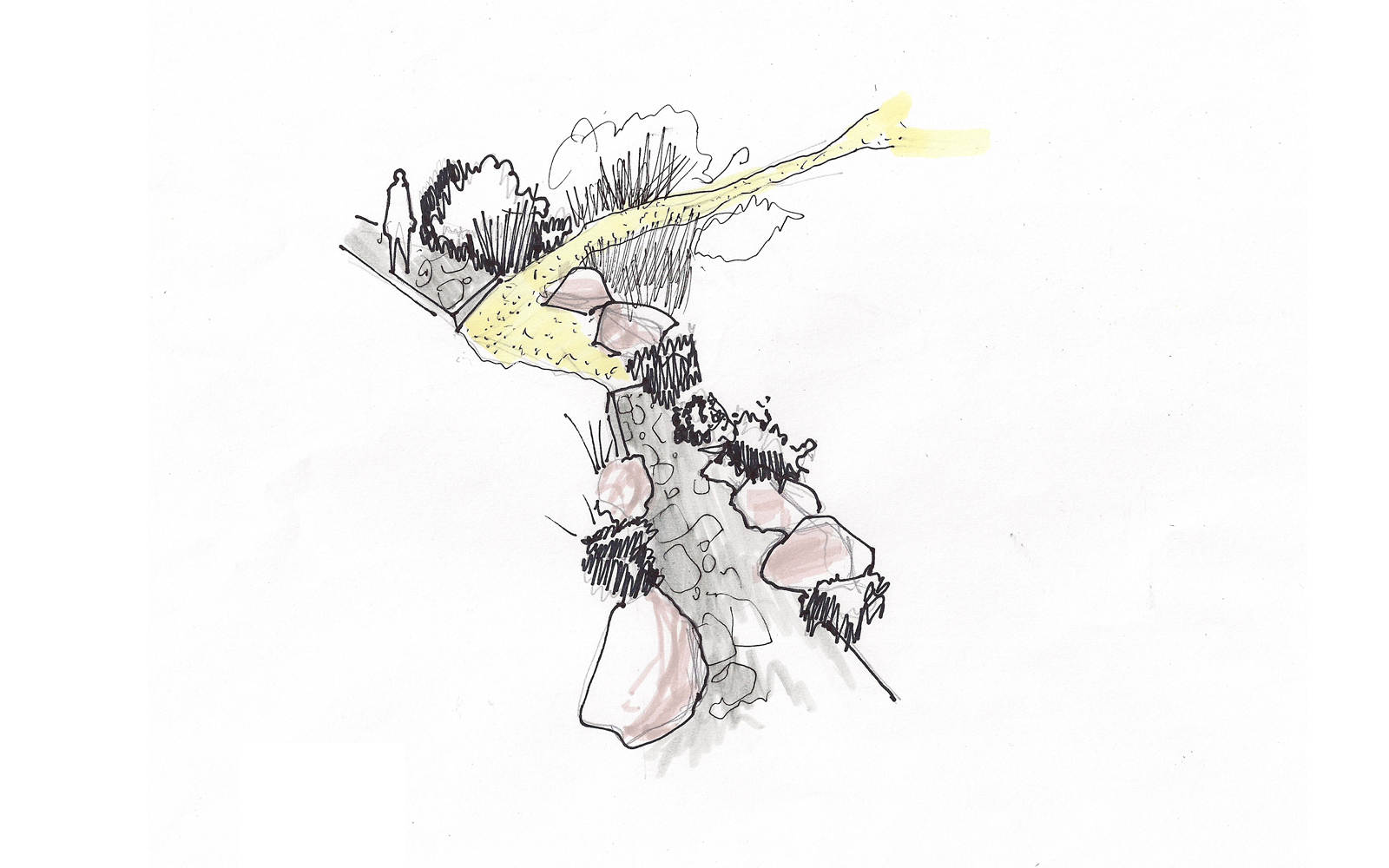 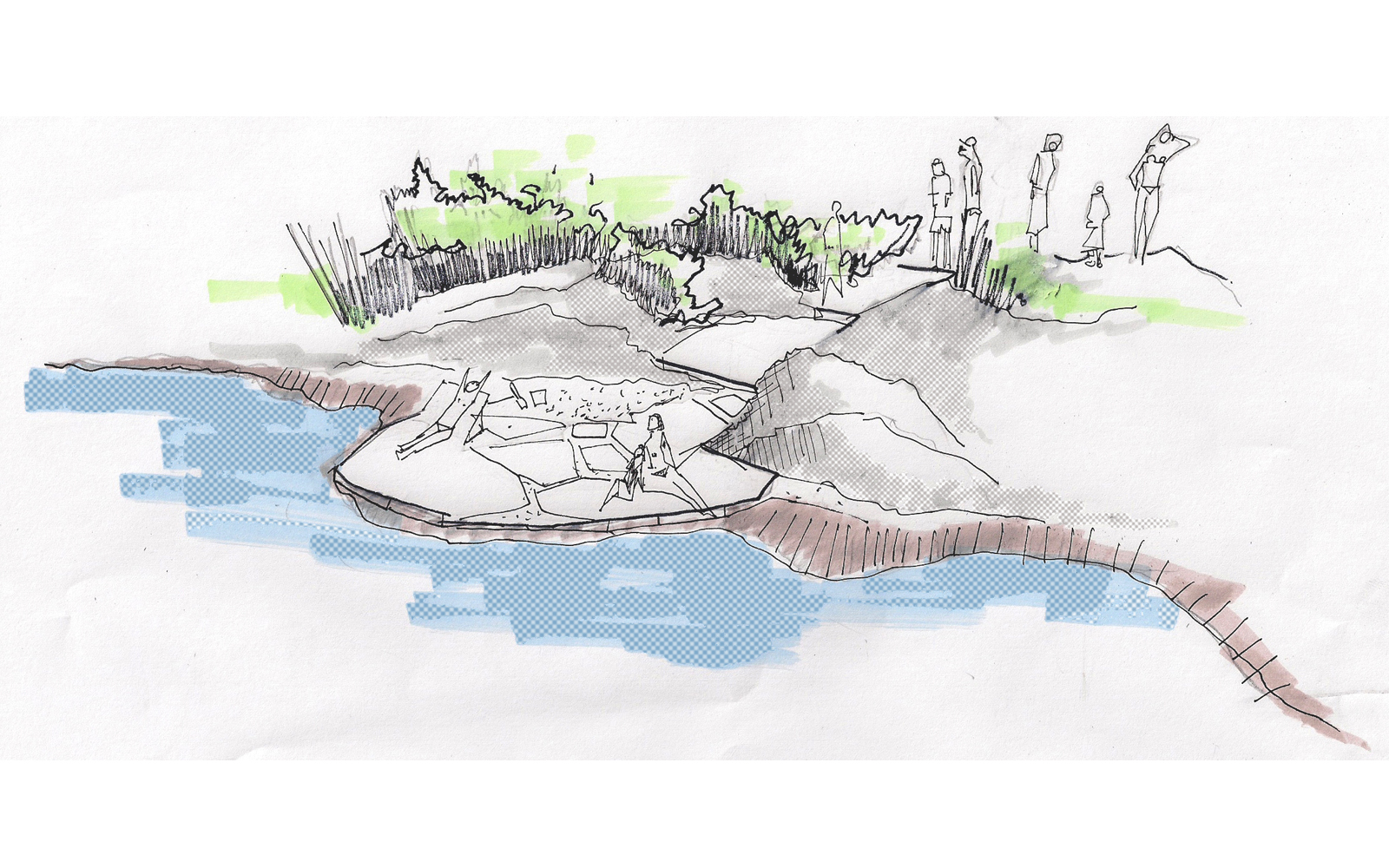 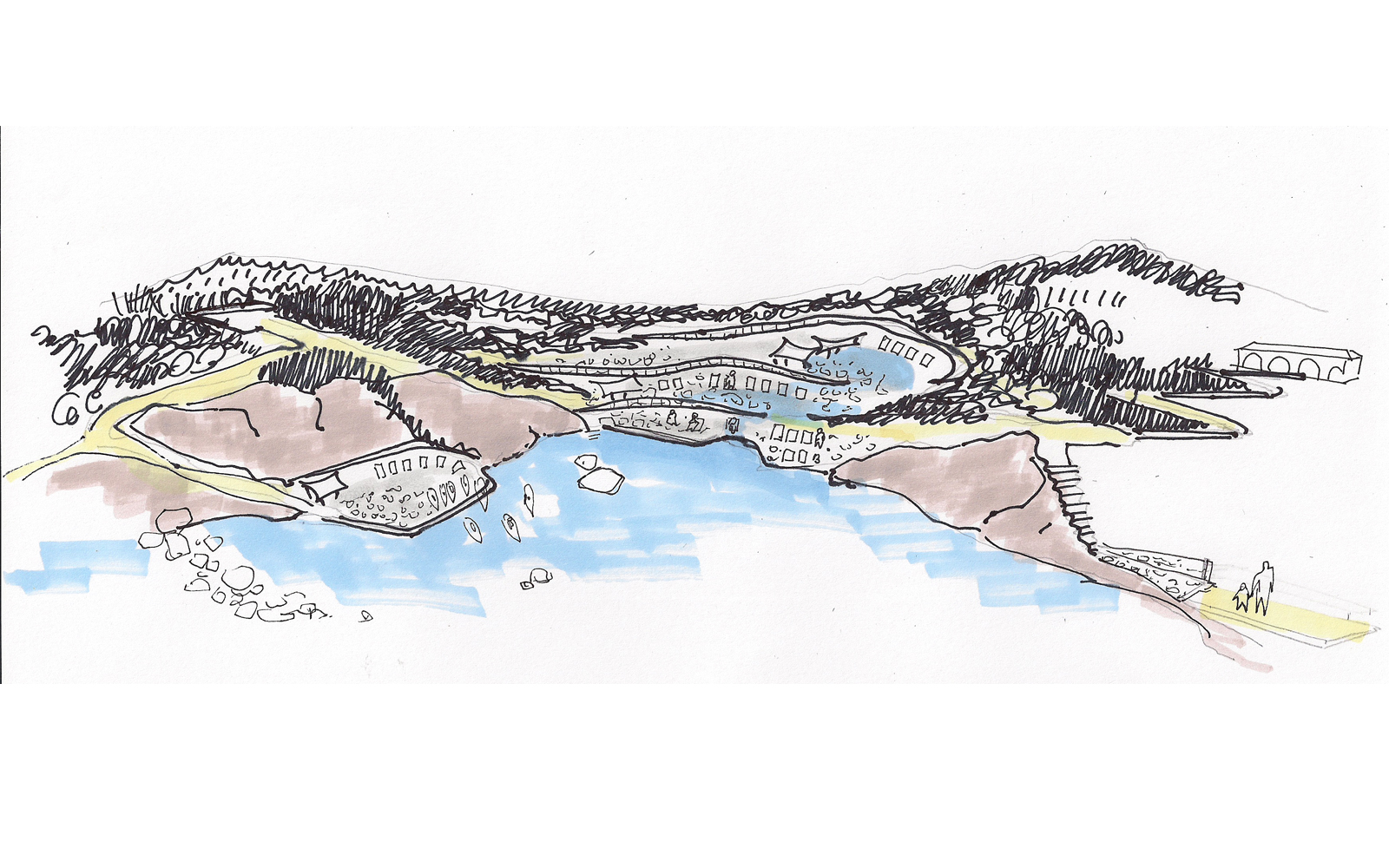 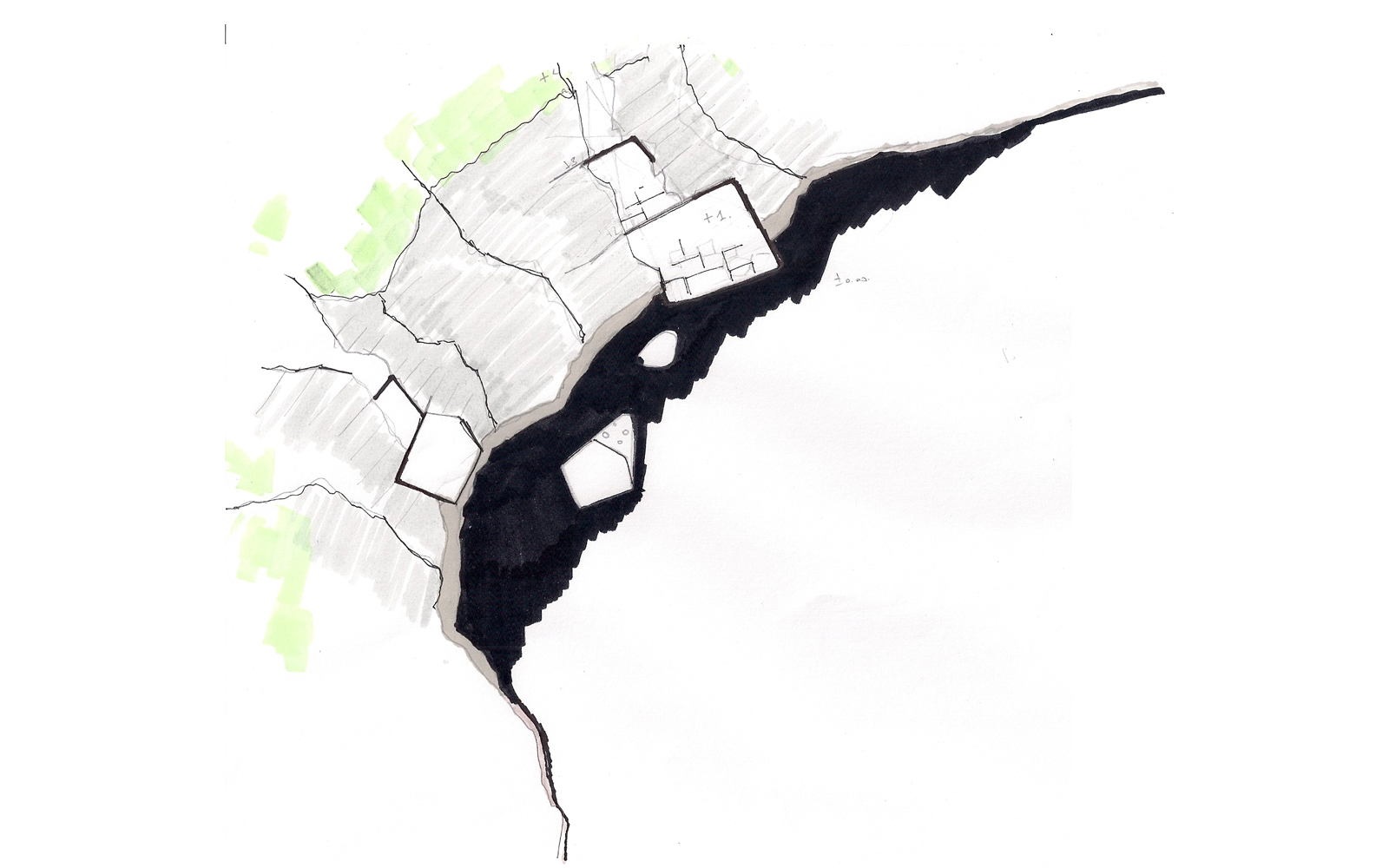 Livka bay on the island of Solta## is a uniquely beautiful, totally virgin bay on the dalmatian coast just off Split.  A marina is to be developed in the bay, and the developer wants to do so while preserving the pristine character as much as possible.  We have been assigned this challenging task.

The beauty of the bay is the juxtaposition of three lines.  The sparkling blue line of the sea, the deep green line of the bush forests, and the gray line of the weathered rocks exactly in between.  The rocks have been sculpted by time and the sea into beautiful shapes, so that the entire bay seems to be bordered with lacework.  Preserving the beauty means preserving the three lines, especially the pure and sculptural character of the line of rocks.

Our landscape design establishes strategies to do just that.  New functional such as small jetties, paths, and “beaches” are built of gray stone, in shapes molded to the existing rocks.  Larger pieces of infrastructure, such as the concrete marina piers, are built slightly out at sea, leaving the rock coastline intact.

The marina buildings are the offices and support spaces, a small market, a restaurant, and a bar and coffee house.  In order to fit with the landscape and the culture, and to provide a strong sense of the location to visitors, the buildings are contemporary descendants of the ancestral Dalmatian homes: simple orthogonal shapes made of gray stone, under gray slate roofs, these ancestral homes looked like rock cut in the shape of the house.  Our buildings retain the same characteristics of gray, simple prismatic shapes built of the local stone.  They play with the rules by having more dynamic, non orthogonal geometries, triple-pitched roofs that go from flat to gabled, and playful openings that retain the sculptural solidity of the volumes.