The old Athens airport site at Helliniko is one of the best plots of land in any Mediterranean city. Closed since 1999, the site is both a huge opportunity for Athens, and a terrain of competing visions of the future. This 1996 Harvard GSD design studio provided the first set of ideas – on the urban, landscape, economic, social, environmental and circulation front, on what was at the time a complex and significant site, whose future had not been planned. Five years before the decommissioning of the Ellinikon Airport, the study addressed “the general question of how large tracts of land within a metropolitan area, formerly the sites of major infrastructure improvements, can be redeveloped to productively address different scales of urban life.” Run by dean Peter Rowe and professor Hashim Sarkis, the participating students were Carlos Arredondo, Patricia Bales, Nancy Conger, Harry Gaveras, Gwang Ya Han, Thomas Doxiadis (Research - Teaching Assistant), Justine Lovinger, Thomas Rammin, Alkistis Rodis (Research - Teaching Assistant), Nicholas Stanos, Meejin Yoon, and Ayman Zahreddine. The participating students, architects, landscape architects, urban designer and planners, brought a multidisciplinary approach to this complex problem. First the studio, as a whole, conducted data gathering and research, and reached some fundamental conclusions: In terms of use, the site is so large that it can accommodate a multitude of programs, including a large metropolitan park, housing, office, and commercial. It was clear at the time that public opinion was in favor of turning the whole area into a park. However, it became clear that a park of that size was in danger of failing, both in construction and maintenance, and that 40-60% of the site should be developed to pay for the park, and to provide offsets for the needier Athenian neighborhoods. In terms of ecology, the site can provide connectivity, re-attaching Mount Hymettus to the sea. Water for irrigation is the main limiting factor for the creation of a park, so smart strategies of xeriscaping, rain water collection, recycling etc would have to be used. In terms of value, both economic and to society, it became clear that the airport site should be combined with the waterfront properties – all belonging to the state – to create a huge waterfront parcel truly unique for any Mediterranean city. That necessitated dealing with Poseidonos, the boulevard that cuts the airport site from the sea. Most importantly, in terms of scale the site is so large that it will make its mark at the metropolitan, and even the national and international scales. The study was clear to point out however, that for the site to work it would have to do so at the very local scale too: the scale of the street and the neighborhood, which successfully characterize life in Athens at large. Thus the studio was named Isopolis, the city which must work at local, regional and metropolitan scale. 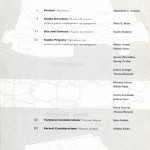 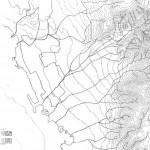 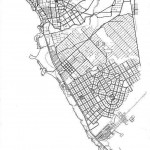 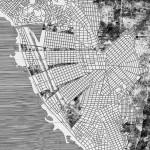 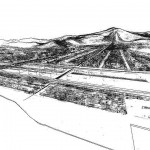